I built this from a kit from Barry at Amp Maker, who's a very helpful chap. 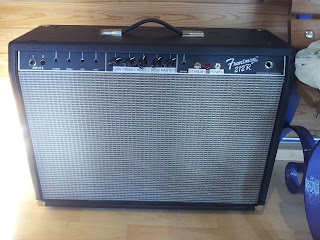 I used an undistinguished Fender Frontman as a donor amp, which I picked up on ebay, not working, for about 40 quid (I then sold most of the guts of it for about 20 quid, so I reckon it was a bargain. I kept the reverb tank which will be part of another project...) It wasn't a difficult build but there were some challenging aspects of it.

In particular, the valve heater wiring (seen below in green) was particularly fiddly.  I can imagine that with five valves to run heater wiring to (neatly) it's going to be a bit trickier. 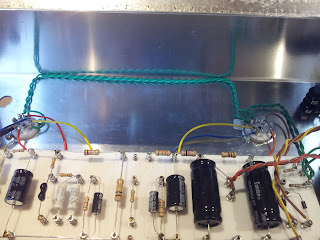