Simple, but needed doing.  The speakers were in the wrong orientation for the most effective wiring so I removed the back panels from the cab and rotated the speakers by 90 degrees to line up the contacts.  I meant to put one of them on the scales while I had them out - they certainly live up to their "H" designation.  Interesting to note that they're made in Thames Ditton (about ten miles down the road from me) but have been all the way to the Netherlands and back (and who knows where else on the way...) 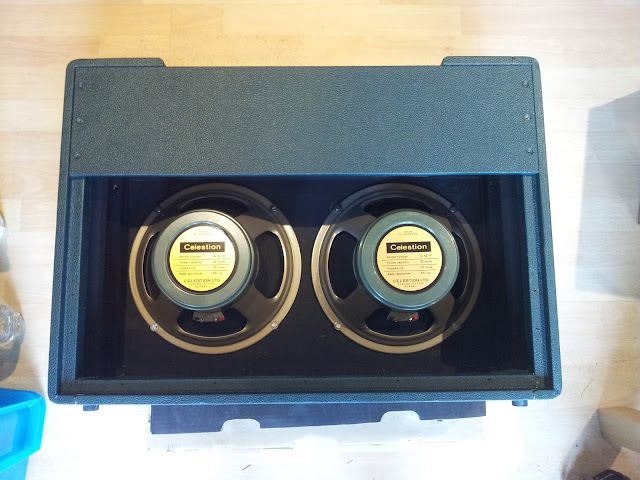 The speakers are 15 ohms each, so by my calculations, if I wired in parallel should be good for the 8 ohm output on the OT.  I think.  I got some square white speaker wire from Barry at AmpMaker (one wire in the pair is identifiable by the raised braiding down the side which I used for positive).  As Barry points out on his site, if you always use square wire for speakers and round wire for instruments, then you'll never get the two mixed up.

While I was there I put the chassis with valves in place to see how it all lines up. 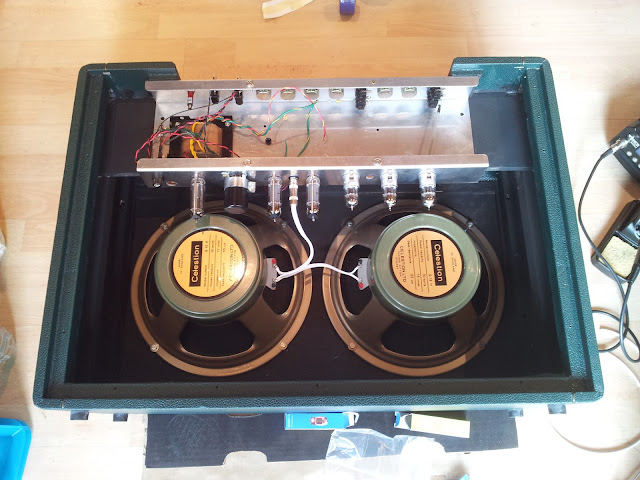 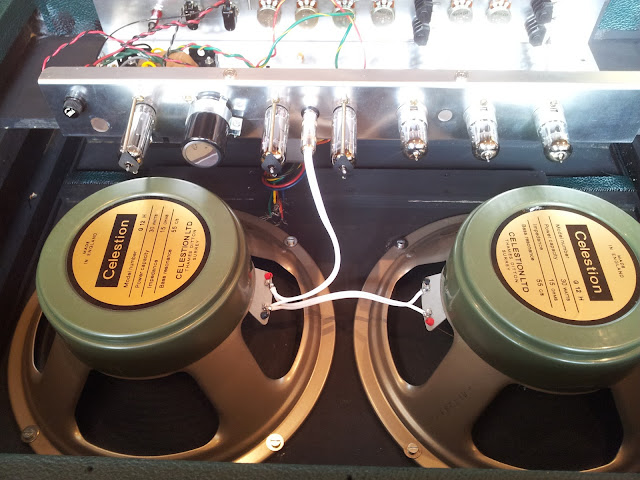 And with the back panels in place: 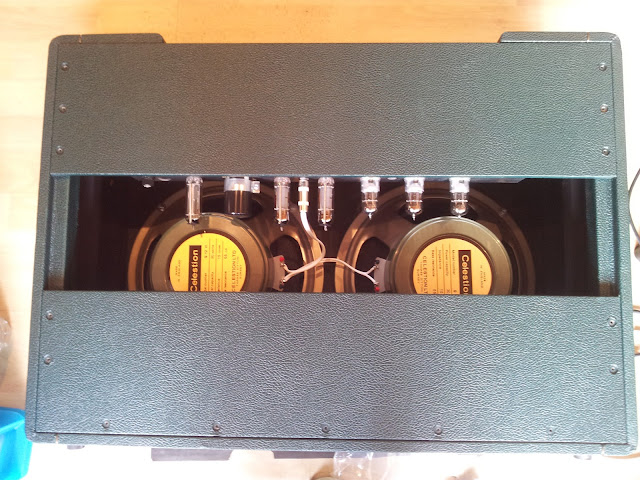 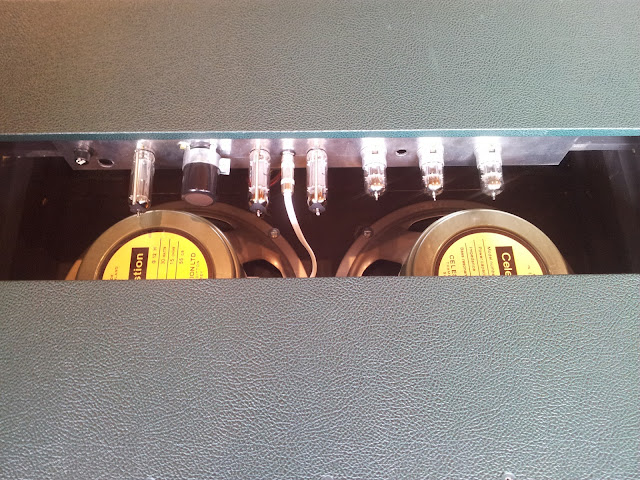 The valves look a little exposed, but the preamp ones will have the covers on when it's done.  Looks almost finished!
Posted by Ben Liddell at 14:40